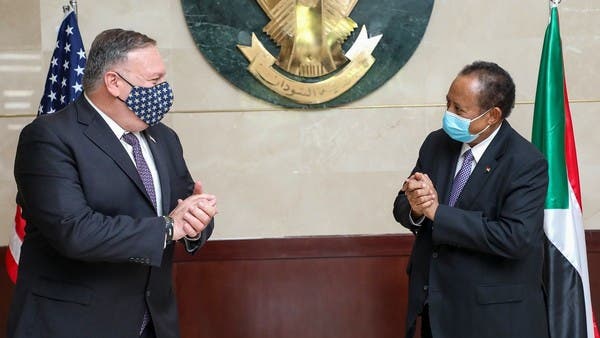 Secretary of State Mike Pompeo said Monday the United States would seek to end UN sanctions on Sudan over the conflict in Darfur as the new government makes peace.

The promise is another sign that the United States is eager to reward Sudan after it agreed to recognize Israel – a decision made at the urging of President Donald Trump’s administration as it moved to delist Sudan as a state sponsor of terrorism.

Pompeo said the year-old civilian-backed government had made “substantial improvements” in human rights including in Darfur, the parched western region where the former dictatorship carried out a scorched-earth military campaign.

“The United States is committed to working with the Sudanese government and our international partners to identify circumstances that could result in lifting sanctions related to the Darfur conflict at the earliest opportunity,” Pompeo said in a statement.

“We have already begun consultations at the UN with this objective in mind.”

Sudan’s new government a month ago signed a landmark agreement with rebels that have been active in Darfur as well as the southern states of Blue Nile and South Kordofan.

In 2005, the UN Security Council imposed an arms embargo, a ban on travel and a freeze on assets of anyone found to have inhibited peace efforts in Darfur.

The then US administration of George W. Bush had supported international action on Darfur, which it characterized as genocide against the region’s mostly black people.

Sudan has been eager for a removal of international sanctions, especially the US designation that it is a state sponsor of terrorism, which has severely impeded investment.

Trump started the process to delist Sudan after the new government agreed to recognize Israel and deposited $335 million in compensation for survivors and families of victims of attacks dating from the reign of ousted president Omar al-Bashir, who had welcomed al-Qaeda.

Armenia calls for international investigation into ‘foreign mercenaries’ in Karabakh