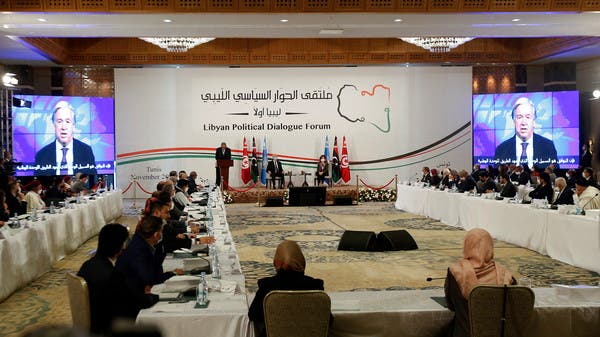 Libya’s rival sides wrapped up a week of UN-brokered talks without agreeing on a transitional government that would lead the county to an election in December next year, the top UN official for Libya said Monday.

The political forum, which concluded late Sunday in Tunisia, was the latest effort to end the chaos that engulfed the oil-rich North African nation after the 2011 overthrow and killing of dictator Moammar Gaddafi.

The main goal of the gathering was to draw a roadmap for presidential and parliamentary elections. The participants agreed to hold the vote on Dec. 24, 2021 but failed to name a transitional administration to lead the war-torn country.

UN acting envoy for Libya Stephanie Williams told reporters in Tunisia that the 75-member forum did not discuss names during their week-long talks. The Libyan rivals would meet again, online and within a week, to agree on a mechanism to name the next government, she said.

The UN had selected 75 delegates from Libya to take part in the week-long forum at a luxury hotel in the Mediterranean town of Gammarth, just outside the capital of Tunis. Williams said on Sunday night that she was “very pleased with the outcome” of the gathering.

The talks took place amid heavy international pressure after the warring sides agreed to an UN-brokered cease-fire agreement last month in Geneva.

Libya is split between the Government of National Accord (GNA) in the capital, Tripoli, and the Libyan National Army (LNA) based in the east. The two sides are backed by an array of local militias, as well as regional and foreign powers.

The LNA, led by commander Khalifa Haftar, launched an offensive in April 2019 to try and capture Tripoli. His campaign collapsed in June, when the Tripoli-allied militias, with heavy Turkish support, pushed Hifter’s forces away from Tripoli.

Bahrain’s FM to meet with Netanyahu, Pompeo in Israel