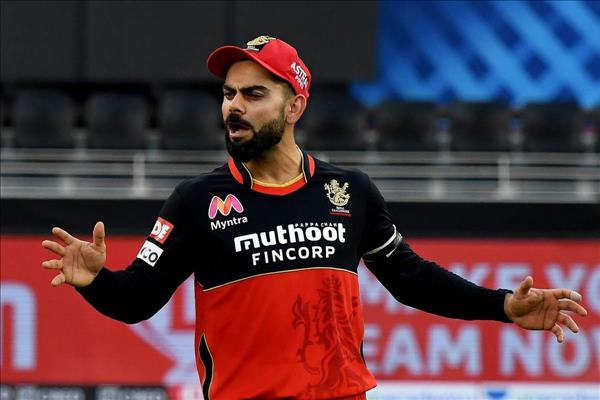 RCB were thrashed by 97 runs in the match on Thursday night.

“As it was his team’s first offence of the season under the IPL’s Code of Conduct relating to minimum over-rate offences, Mr. Kohli was fined Rs 12 lakh,” the IPL said in a release.

The Indian batting mainstay had a forgettable outing at the Dubai International Stadium.

While he dropped two catches of centurion KL Rahul, which proved costly, Kohli also could not contribute anything substantial with the willow.

On the other hand, his KXIP counterpart Rahul shattered a few record on the way to a 69-ball 132 — the highest scored by an Indian in an IPL game.

Kohli dropped Rahul twice — once in the 17th over at deep square-leg when he was batting on 83 and then again in the 18th over when he was on 89.

The lapses helped KXIP score an imposing 206 for 3, with Rahul doing the bulk of the scoring.

UAE- One year since an Emirati blasted off into space

Palestine- WHO: No country can just pretend the pandemic is over

Gold, silver prices in Azerbaijan up

Gold Price – Looking For a Reason to...