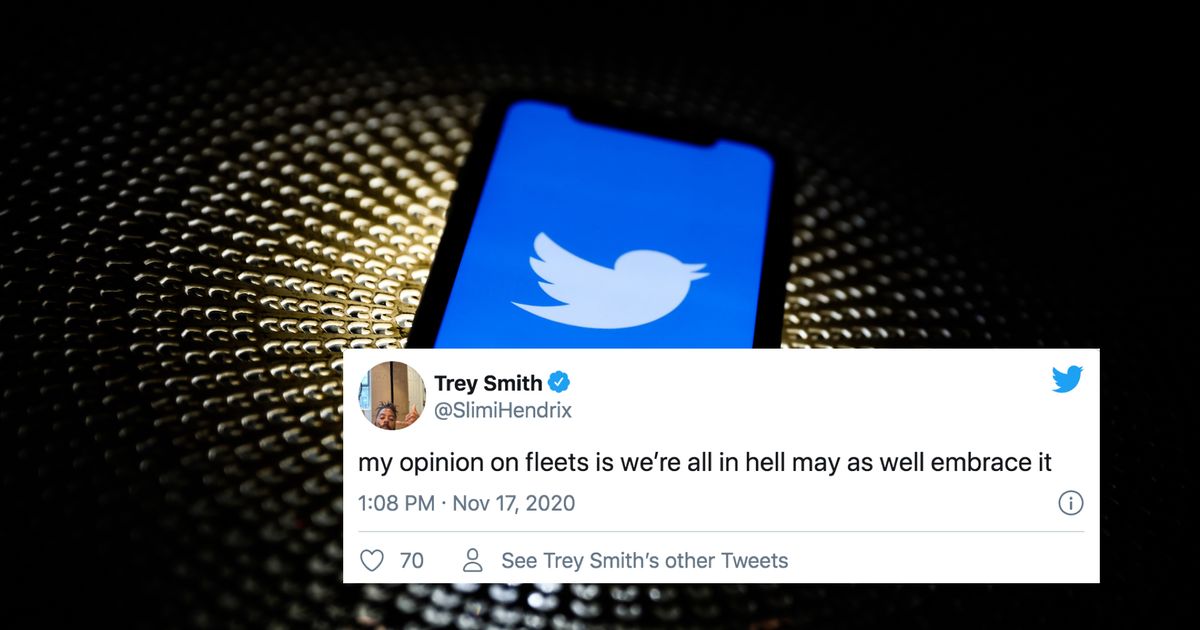 Fleets, effectively Twitter’s version of Instagram and Snapchat Stories, rolled out on Tuesday. The reaction was, well, mixed…but certainly strong.

In case you don’t know how Stories work, a Fleet is basically a tweet that disappears in 24 hours. They now appear on the top of most folks’ timelines on the Twitter mobile app.

The company has said it found that it helped people new to the platform get involved in conversations.

“Because they disappear from view after a day, Fleets helped people feel more comfortable sharing personal and casual thoughts, opinions, and feelings,” the company wrote in a blog post.

Some people were mostly cool with Fleets, while some — as is the case with most new features on Twitter or other platforms — kind of hated them immediately.

Here are a few of those reactions.

fleets would be good if they had a “close friends” function like IG. literally all they gotta add to turn it from a worthless feature to an OK ripoff

Like anything else, we’ll likely fuss and fight about this new feature then move on with life. For all we know Fleets could be a major part of the Twitter experience in the future. They could also mostly disappear.

Remember voice tweets? We’ve all moved on from that, for sure.