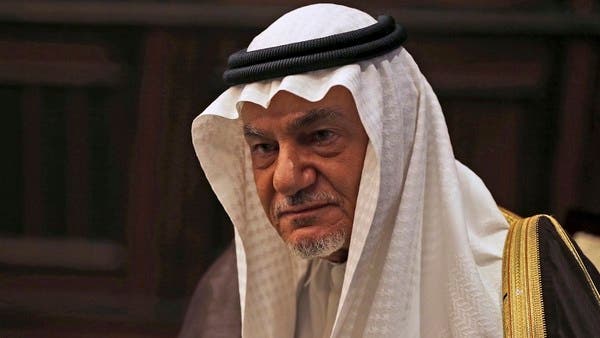 “Mr. President-elect [Joe Biden], do not repeat the mistakes and shortcomings of the first deal. Any non-comprehensive deal will not achieve lasting peace and security in our region,” Prince Turki said during the 29th Annual Arab-US Policymakers Conference.

Biden was Obama’s VP and has previously expressed his willingness and intention to re-enter the JCPOA, which was heavily criticized and withdrawn from by President Donald Trump.

“Iranian disruptive regional behavior in Iraq, Syria, Yemen, Lebanon and Saudi Arabia, by attacking directly and indirectly the oil installations is as much of a threat as is its nuclear program,” Prince Turki said.

Any new deal should include all issues of concern, and this means Washington’s friends and allies need to be part of potential negotiations, Prince Turki suggested.

The JCPOA has been criticized for focusing on Iran’s nuclear program and ambitions without discussing Tehran’s terrorist proxies and militias in the region as well as its ballistic missile program.

Prince Turki also warned against American retrenchment from the Middle East, “which widens … the existing strategic vacuum that is increasingly coveted by regional and other great powers.”

However, this increases the “appetite of radical states and forces in the region,” he said, which is detrimental to US interests and those of its allies.

For pollsters, it’s back to the drawing board after yet another miss in the 2020 election

Nike CEO John Donahoe went on a vision quest. Here’s what he learned

Save over £200 on this premium 4K TV from Panasonic