Dubai recorded AED551 billion ($150 billion) worth of non-oil external trade in the first half of 2020, figures released on Monday revealed.

The emirate did not provide a year-earlier comparison figure but Sultan bin Sulayem, DP World Group chairman & CEO and chairman of Ports, Customs and Free Zone Corporation, said the figures showed Dubai’s ability to minimise the impact of the pandemic-induced global economic slowdown. 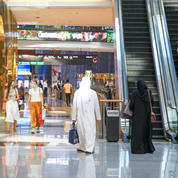 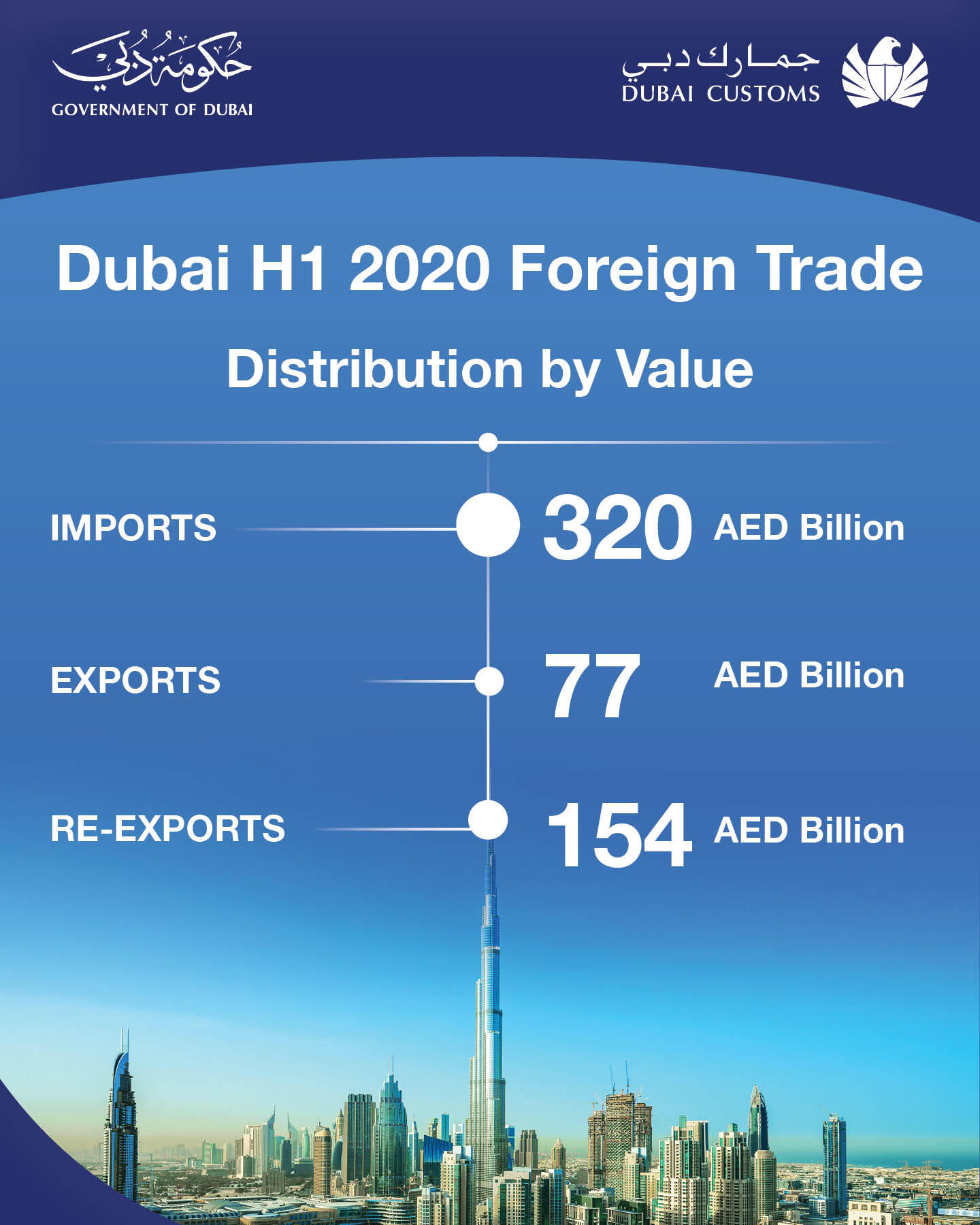 Foodstuff trade grew 15 percent to 9.1 million tons compared to the first half of 2019 with a value of AED32 billion while trade in medical supplies and medicines grew 19 percent to AED12.4 billion compared to H1 as the coronavirus pandemic took a grip. 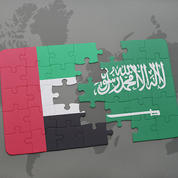 Sulayem said: “External trade is one of the key pillars of our economy. We are today reaping the fruits of the vision of our country’s founding leaders and our strong strategic planning, backed by decades of hard work in creating a robust trading and logistics infrastructure. Dubai’s external trade sector has shown a high level of preparedness in dealing with the crisis. It has provided exceptional trading facilities and services to help businesses around the world overcome the challenges of the current period,” he added.

“The economy has efficiently navigated the turbulence in international markets by forging partnerships with markets less affected by the economic crisis. We are optimistic about the future and we will seek to constantly develop our trade business, especially by using new technologies to ensure optimum performance and provide quality trade services,” Sulayem said. 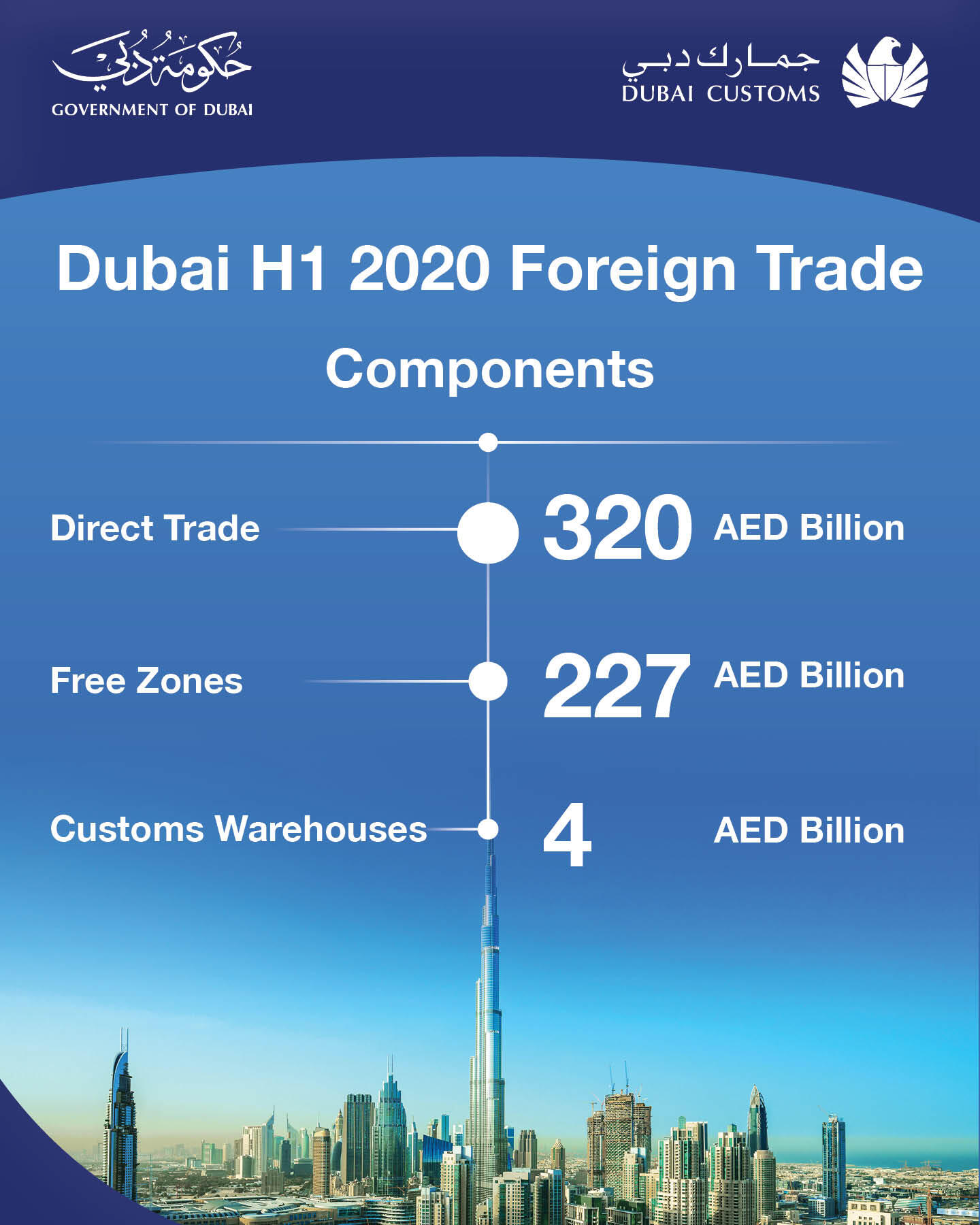 Dubai’s external trade showed considerable growth in May and June compared to April, a period in which widespread lockdowns were enforced across the globe to combat the pandemic. 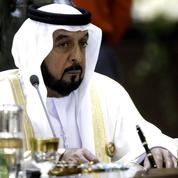 The figures also revealed that the pandemic has further accelerated the shift to online shopping as Dubai dispatched 4.3 million e-commerce parcels in H1, with transactions up 150 percent compared to the same period last year.