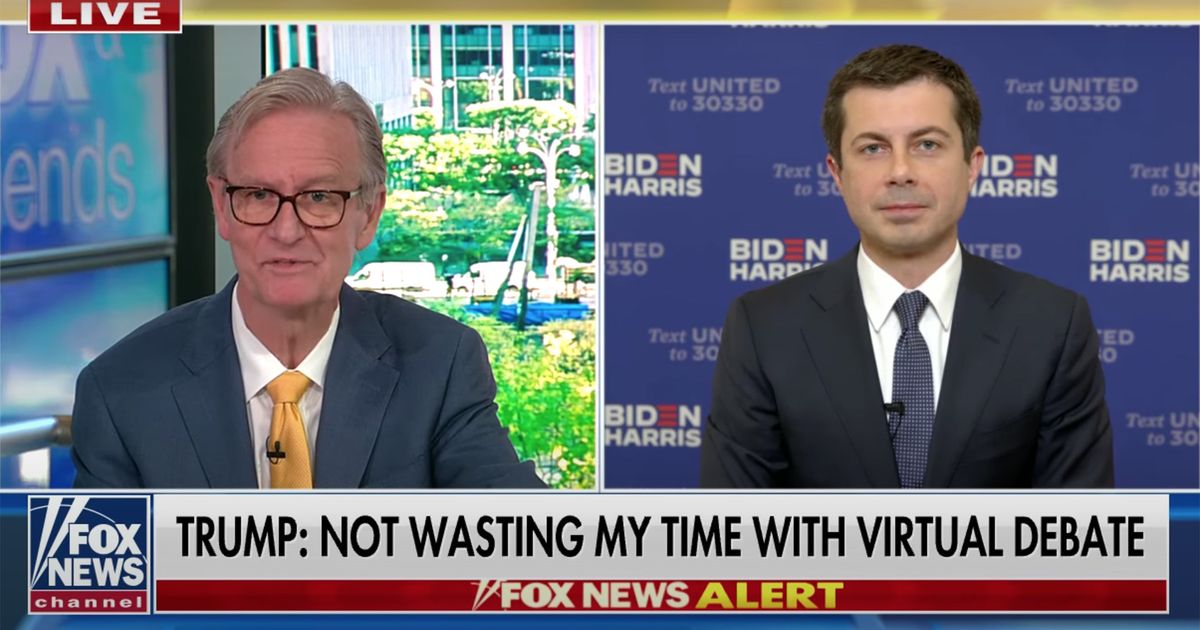 Pete Buttigieg is certainly making the most of his time on Fox News this week.

On Wednesday he was interviewed by Martha MacCallum and Bret Baier, and managed to completely turn around their question on policy differences between Senator Harris and Democratic presidential nominee Joe Biden using a simple comparison to the Trump campaign.

Then, on Thursday, he popped up on the network once again — this time chatting to Steve Doocy of Fox & Friends about Trump’s refusal to appear in a virtual debate.

“Well it’s too bad, I don’t know why the president’s afraid to participate in a debate. All of us have had to get used to virtual formats,” says Buttigieg, before attacking the president’s decision directly in relation to safety.

“It’s not something I think most of us enjoy, but it’s a safety measure. And I think part of why the U.S. is falling behind, is badly behind the rest of the developed world on dealing with the pandemic is because every time there’s been a choice between doing something that’s more safe, or less safe, this president seems to push forward less safe.

You can watch the full interview, which also includes some fairly scathing comments from Buttigieg about Trump’s denial that he called fallen troops “suckers” and “losers,” below.

Alarm over health of German woman held in Iran since October