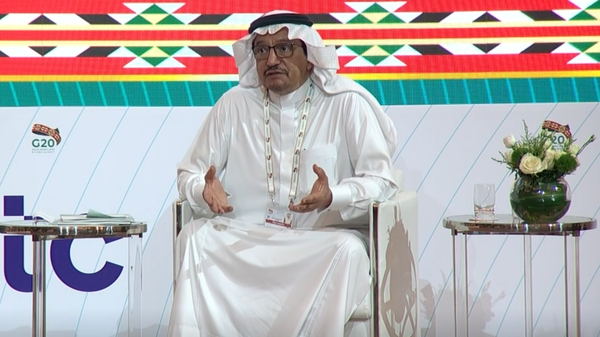 A total of 1.2 million virtual classes were attended by 5.4 million Saudi Arabian students every day during the pandemic, the Kingdom’s minister of education said on Sunday.

The figures were announced by Dr Hamad bin Mohammed Al Al-Sheikh during a media briefing of the G20 summit in Riyadh entitled Education Continuity in Times of Crisis.

“The concept of distance learning and e-learning has changed because of COVID. The crisis has created an opportunity for the whole world,” he said.

Dr Al-Sheikh also spoke about “foundational changes in the education system” brought about by the COVID-19 crisis.

He raised the possibility of opening educational institutions that are entirely online, without a physical campus, which would also allow schools to operate with fewer teachers.

The minister also highlighted the way in which the Kingdom’s Ministry of Education had introduced 23 satellite television stations, so that families without access to the internet could still access education.

He said: “It was much easier because of the infrastructure that was built in universities.”

Saudi virtual education conference concludes with attendees from over 60 countries

Coronavirus: Christmas in the UK will not be normal this year, says Finance Minister