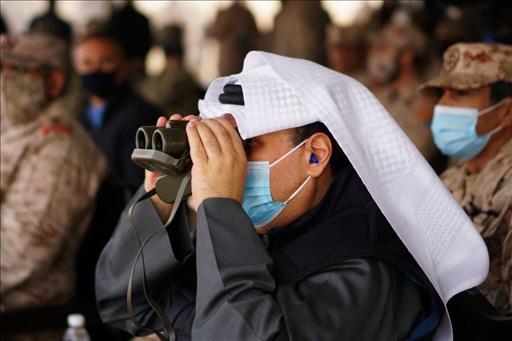 (MENAFN – Kuwait News Agency (KUNA)) KUWAIT, Feb 23 (KUNA) — The Kuwait Army Land Force, namely the Mechanized Liberation Brigade, with participation of the American Army artillery and air force units, has wrapped up the mock battles, code-named “Liberation-21.”
The Kuwaiti-US drills were carried out in the region of Al-Udaire’ — patronized and attended by Deputy Prime Minister and Minister of Defense Sheikh Hamad Jaber Al-Ali Al-Sabah.
In a statement, the minister lauded skills manifested by the national forces. He also conveyed to the personnel who took part in the maneuvers greetings from Their Highnesses, the Amir and the Crown Prince.
On the 60th anniversary of the National Day and the 30th anniversary of the Liberation Day, the minister recalled the great sacrifices by the army troops in repelling the enemy that occupied the country.
Moreover, Sheikh Hamad praised the allied forces that backed up the national forces in resisting and fighting the occupiers. (end)
ek.rk

UAE banking sector recovery will be gradual in 2021: S&P