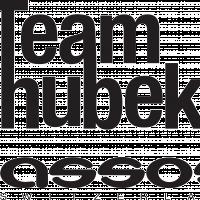 Team Qhubeka ASSOS is delighted to confirm the arrivals of Lukasz Wisniowski, Sean Bennett and Karel Vacek to Africa’s only UCI-registered WorldTour team in 2021.

All three riders will offer a wide variety of skills that will be crucial as part of our team’s performance ambitions in the future, alongside our continued purpose in changing lives together with the Qhubeka Charity.

28-year-old Wisniowski is a an excellent addition who will bring a wealth of experience into the team. A career highlight thus far undoubtedly was his second place finish at the 2018 Omloop Het Nieuwsblad and his performances at Kuurne-Bruxelles-Kuurne, where he’s twice fnished in the top-10.

In his role as a crucial support rider, Wisniowski’s 2020 season started at the Tour Down Under and finished at the Vuelta a Espana in early November highlighting his wide-ranging skillset. He will look to build on that in 2021, forming an integral part of the leadout train for the European and Italian champion Giacomo Nizzolo.

Californian Bennett joins us from EF Pro Cycling and follows on from the announcement of Simon Clarke’s move earlier in the week. The 24-year-old American is a rider brimful with potential and entering a crucial next phase in his career.

He’s previously secured top-10 stage finishes at the Giro d’Italia, as well as placing second on a stage at the Tour of California, and in 2020 was an impressive 8th in tough conditions at the Royal Drome Classic which was won by Clarke.

His time previously spent with the US National team in the Netherlands sees his eyes drawn firmly to the Amstel Gold Race as one that he would like to excel at, as he looks to take the big next step in his career.

For Vacek, who hails from Prague, his arrival is seen as one for the future. Having only just turned 20, the Czech neo-pro hails from both a cycling and cross-country skiing background. Previous teams include the excellent programme at Hagens Berman Axeon, and more recently Team Colpack Ballan, and the youngster has his future sights sets on developing into a GC contender in some of the biggest races on the calendar.

This announcement follows on from the confirmation of Giacomo Nizzolo, Simon Clarke, Dimitri Claeys, Kilian Frankiny, Nicholas Dlamini and Carlos Barbero all securing their places in our squad next season.

I’m incredibly happy to be a part of team Qhubeka ASSOS for 2021 and can’t wait to get to know all of the team members staff and riders.

2020 was a very hard year for everyone but I’m convinced that next year will be much better and I’ll be able to help the team to achieve some excellent results across the calendar from the Spring Classics to the Grand Tours.

Also, at this point in my career I believe that I’m still developing as a rider and this environment will provide the perfect conditions for that.

I’m really excited to join the team and be a part of something that’s so much more than bike racing. I can’t wait to find out more about the Qhubeka Charity and the huge difference it’s making in people’s lives.

After a couple of great years, I’m really excited looking to the future now as I think some of my best on the bike are still to come.

When I was 15 I moved to Italy with a view to one day in the future becoming a professional cyclist. I finished my schooling there despite not being able to speak the language when I arrived, something I’m very proud of.

I spent one year with Hagens Berman Axeon and then returned to my roots in Italy and Team Colpack Ballan. I’m super happy that I can now be a part of Team Qhubeka ASSOS, which is amazing. It is incredible to be a part of such a team and an organisation like Qhubeka which is providing incredible support and opportunities, it’s a project with huge importance in the world and that makes me proud.

I’m now looking forward to getting into the best shape for next season and of course one of my biggest dreams would be to race the Tour de France or one of the Grand Tours, and to target a good GC result (in the future). That’s my career goal but firstly I’m glad and grateful to be part of this superb team, and I hope that I can make the team happy and proud with my performances.

Lukasz is a rider who has gained a lot of experience from his first six years with WorldTour teams starting out with two years at Quick Step, two at Team Sky and then most recently at CCC. His experience lies in the cobblestone Classics but also his capabilities to look after our race leader and pulling for our sprint opportunities, are going to be crucial.

His result at Omloop in 2018, where he sort of won the run-in behind Michael Valgren, demonstrated his ability among the best Classics riders in the world.

Sean is a different rider having had the experience of Axel Merckx in the Hagens Berman Axeon team, where he was once second in a hard stage at the Tour of California.

His move then on to the professional ranks with EF was notable, securing some good results and performing well; at the Giro he showed he’s a fast guy too being in the mix in the top-10 a few times. Actually we don’t consider him purely as a sprinter but somebody like a semi-classic rider who can assist on climbs but also be aggressive.

He was 8th at the Drome classic where Simon Clarke won, so he’s a rider who can persist and can be an asset in the both Grand Tours and the Ardennes Classics. He lives in Girona and will be part of a group that we create in that area.

Karel’s a very interesting young rider and it remains to be seen where his real strength lies. He considers himself as someone who climbs well and has a strong TT but at this level we don’t know just yet. But he’s a talented neo-pro so we will unearth all of those talents.

We’ve spoken to people who think he has real potential so we will spend some time with him to see how to unlock that and see exactly where his true capabilities lie before we can expect something big from him.