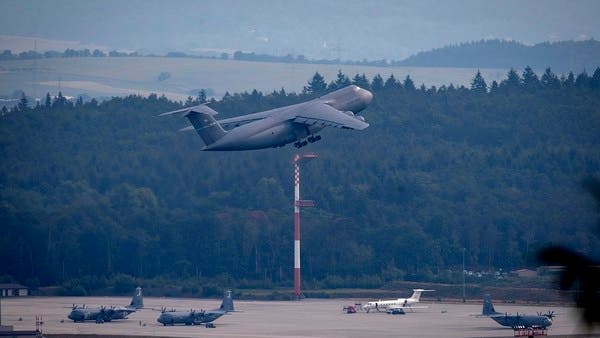 Germany’s top administrative court has ruled the country’s government can’t be forced to ensure that US drone strikes controlled via an American military base on German territory are in line with international law.

The decision Wednesday by the Federal Administrative Court in Leipzig overturns a ruling last year that held the German government partly responsible for making sure that such military operations comply with international law.

The ruling restores a lower court decision in 2015 that concluded the German had fulfilled its legal duties and was within its rights to balance them with “foreign and defense policy interests.”

The case was brought by human rights groups on behalf of three Yemeni plaintiffs who allege their relatives were killed in a US drone strike in 2012. They alleged that the US air base in Ramstein, southern Germany, plays a key role in the relay of flight control data used for armed drone strikes in Yemen.

Jennifer Gibson of the human rights group Reprieve said the plaintiffs would continue to campaign against the drone strikes.

“What we are talking about here is a secret assassination program that kills scores of civilians each year,” Gibson said. “It is simply unsustainable, and despite today’s ruling, clearly unlawful.”

Granting the German government’s appeal against last year’s verdict, judges in Leipzig said that Berlin could only be compelled to take further action if “due to the number and circumstances of the breaches of international law that have already taken place there must be a concrete expectation further actions that are illegal under international law will also occur in future.”

They also concluded that there was no direct link to Germany in the case, citing the provision of technical relay capabilities as insufficient.

Judges noted that the German government had taken some steps to address the issue in its communications by seeking assurances from Washington, thereby proving that Berlin had made an effort to ensure the plaintiffs’ rights were protected.

Andreas Schueller, a lawyer with the European Center for Constitutional and Human Rights who argued the case for the Yemeni plaintiffs, said his clients were considering an appeal before Germany’s highest court.

“A state that makes its territory available for military operations must enforce international law and human rights more strongly than the German government does,” he said.