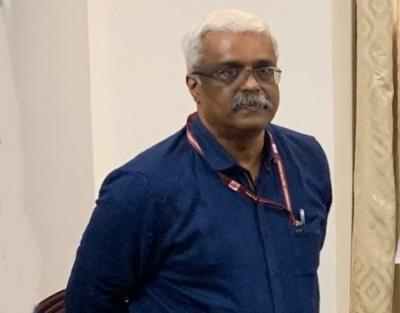 Thiruvananthapuram, Oct 28 (IANS) On expected lines, the Congress and the BJP have increased their demands for the resignation of Chief Minister Pinarayi Vijayan, after the Kerala High Court on Wednesday refused anticipatory bail to his former close aide and senior IAS official M.Sivasankar in the gold smuggling case.

Minutes after the Kerala High Court refused anticipatory bail, Sivasankar was taken into custody by the ED from an ayurveda centre in the state capital.

Soon came statements from Congress and the BJP leaders saying that the game was up for Vijayan and he must resign.

Union Minister of State for External Affairs V.Muraleedharan reacted by saying that this is just the beginning of the probe reaching the big fish.

“The Kerala government and the CPI-M have been trying their best to thwart the present probe by various national agencies , but nothing can be done to prevent the probe from now going forward. This is just the beginning of the probe reaching bigger people. In his own interest and for all, it’s better that Vijayan now puts in his papers, so the damage can be minimised,” said Muraleedharan.

Ever since the gold smuggling case surfaced, both the Congress and the BJP have been up in arms demanding CM Vijayan’s resignation.

Leader of opposition Ramesh Chennithala said if Vijayan has any scruples left he should immediately quit.

“The epicentre of all corrupt practices is Vijayan and his office and hence if he has any scruples left, he should quit. The ED taking custody of his closest aide is more than enough to clear the doubts, of what all was happening under Vijayan. No Chief Minister of our state has come to such a tight spot,” said Chennithala.

“Sivasankar was saying all what he does is for Vijayan and hence Vijayan cannot skulk and run away placing everything on Sivasankar’s shoulders. Even the Communists are now wishing that Vijayan quits as he has lost the faith of the people on account of the numerous allegations, which are now turning true,” said Ramachandran.

The BJP has decided to observe Kerala Formation Day – November 1st as a day of protest.

State BJP president K.Surendran said the first accused in this case is Vijayan and he just cannot slip out saying that he has no clue or knowledge of what happened.

Catalysts that could make or break the Canadian dollar’s rebound