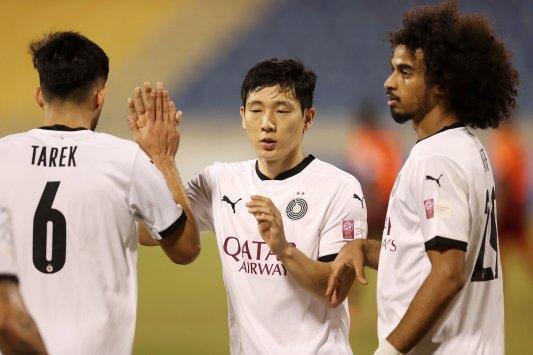 Also yesterday, two goals from feared striker Almoez Ali and a goal each from Ramin Rezaeian and Khaled Mohammed handed reigning champions Al Duhail a 4-1 victory over Al Kharaitiyat at their home turf.

In the 35th minute, Al Sadd scored as Santi Cazorla’s aerial ball was controlled by Baghdad Bounedjah before it fell in front of Akram Afif, who made no mistake with his finish past Baba Malick.

Five minutes later, Umm Salal replied through a rare foray up front. The Al Sadd defence failed to clear the ball following a free-kick delivery into the box, and Roozbeh Cheshmi bundled it in from close range to level the score.

The first half thus ended with a 1-1 stalemate, but Al Sadd got back in front after the break. In the 50th minute, Santi Cazorla dispatched a penalty that was awarded for Omar Yahya’s foul on Afif in the box.

Xavi made his first two substitutions in the 61st minute, sending on Abdelkarim Hassan and Hassan Al-Haydos in place of Mohammed Waad and Rodrigo Tabata.

Qatar star Al Haydos scored third goal, dribbling into the box from the right and finishing past Malick.

At Al Duhail Stadium yesterday, Almoez took the hosts ahead in the 13th minute, while Rezaeian doubled the lead with a strike in 37th minute.

Almoez scored his second goal with five minutes left in the first half. Khaldoun Moussa reduced the lead for Al Kharaitiyat and when Al Duhail were cruising towards win Khaled Mohammed made it 4-1 in the first minute of the stoppage time.

The defending champions moved to fourth spot with 12 points after the victory.

Al Gharafa, meanwhile, took their tally to 15 points and stayed third with their fifth victory.

The Way Forward for the United States in Somalia – Analysis

Turkish families call for returning their kidnapped children against PKK